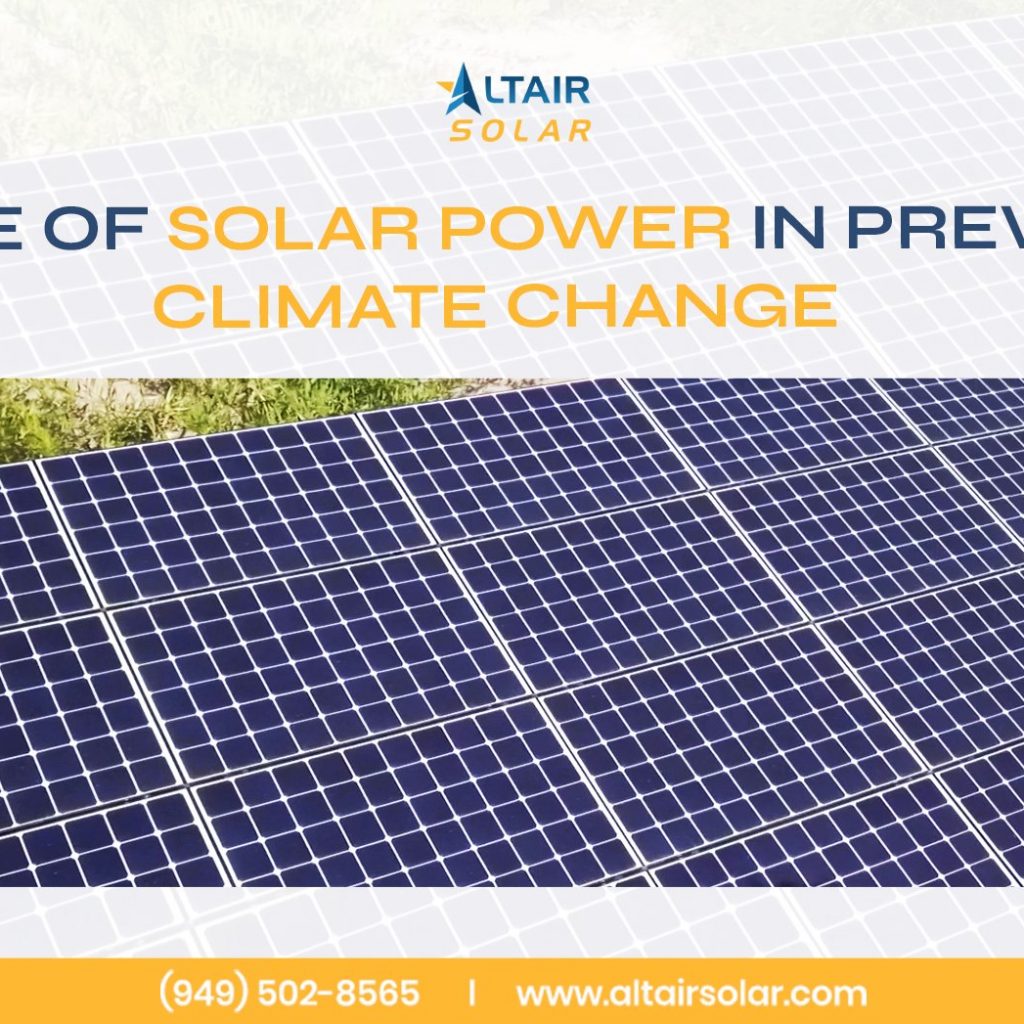 In the past decade, energy consumption has increased rapidly. From the development of industries to power generation, fossil fuels are quickly burned to meet the energy demand. This rapid growth is one of the main reasons for climate change as the increased pollution has altered the environment completely. The temperatures are rising, polar caps are melting, and animals are getting extinct. We aren’t too far gone, as the damage is still reversible. If we reduce our carbon emissions now, we can save our planet. And that is what brings the shift toward renewable energy.

What is Climate Change?

Climate change is the shift caused in the average weather pattern worldwide. It happens due to a phenomenon called global warming. Global warming is the rise in global annual temperatures, raising the Earth’s temperature. It leads to the extinction of many animal and plant species, thus impacting the lives of many. Global warming has been rampant in the last few years due to excess globalization and industrialization. Global warming occurs when the pollutants caused by the burning of fossil fuels collect in the atmosphere. They trap heat and then radiate that heat in the atmosphere causing the Earth to get warmer.

This phenomenon gives birth to an effect called climate change. Since the Earth is getting hotter, the polar caps are melting rapidly. Flooding, Tsunamis, and rainfall negatively impact the Earth and make things worse for many. Crops die, causing famine in many areas of the world. This is the impact of climate change, and if something isn’t done immediately, we will be in deep trouble.

Solar Energy is one of the many ways we can combat climate change since Solar is a type of renewable energy. It doesn’t give off any pollutants and is sustainable. Solar energy is an excellent replacement for conventional energy production methods, which are very harmful to the environment. Here’s how solar can help improve our climate:

One of the biggest perks of using solar energy is reducing carbon emissions. It is crucial for improving the environment, as all greenhouse gases are the main reason the Earth is in this mess right now. Carbon dioxide, methane, and nitrogen are all greenhouse gases that are released into the air when fossil fuels are burned. When it comes to solar energy, no harmful gases or pollutants are removed, and the carbon footprint is reduced significantly. It is estimated that when you produce about 1000 kWh of electricity using solar panels, you reduce emissions by more than 1,400 pounds of carbon dioxide. Other gases include 8 pounds of sulfur dioxide and 5 pounds of nitrogen oxides.

Reduces the dependency on fossil fuels:

The biggest problem with fossil fuels is that they are dangerous to the environment. They burn off many harmful pollutants that ruin the atmosphere and the ozone layer. But that’s not the only thing. Fossil fuels are depleting quickly, and we need another sustainable and clean energy source to last in the long run. Solar energy provides the perfect solution for it as it takes energy from the sun. It lessens the dependency on fossil fuels which is why many industries are now moving towards solar power as well. It saves them money and gives them a better value for their property.

With solar energy, the atmosphere is better, and the air is cleaner to breathe in. That is crucial nowadays as many people suffer from asthma and breathing difficulties due to the heaviness in the air and the smog. Solar panels do not cause air or noise pollution making them the ideal energy source to invest in.

Renewable Energy: need of the hour?

With the state, we are in currently, renewable energy is the only savior we might have. Energy generation through fossil fuels is the leading cause of pollution. It has damaged the Earth beyond repair, which is why climate activists are now pushing people to shift toward solar. Not only is it good for the environment, but it is also wonderful for saving money. You can save more on your electricity bills and get a higher value for your property if you have solar panels installed.

Climate change caused by global warming is real and has shaken the world. We are in a state of war, where we have little to no time left to save the Earth. We need to act fast to protect the environment so our future generations have clean air to breathe. If you are planning to go solar and are confused about who to talk to, get in touch with us. We are the best solar providers in Orange County and have a team of professionals who will guide you to the very best of their abilities. Consult now for a greener future.