Impact of Solar Energy on the Environment 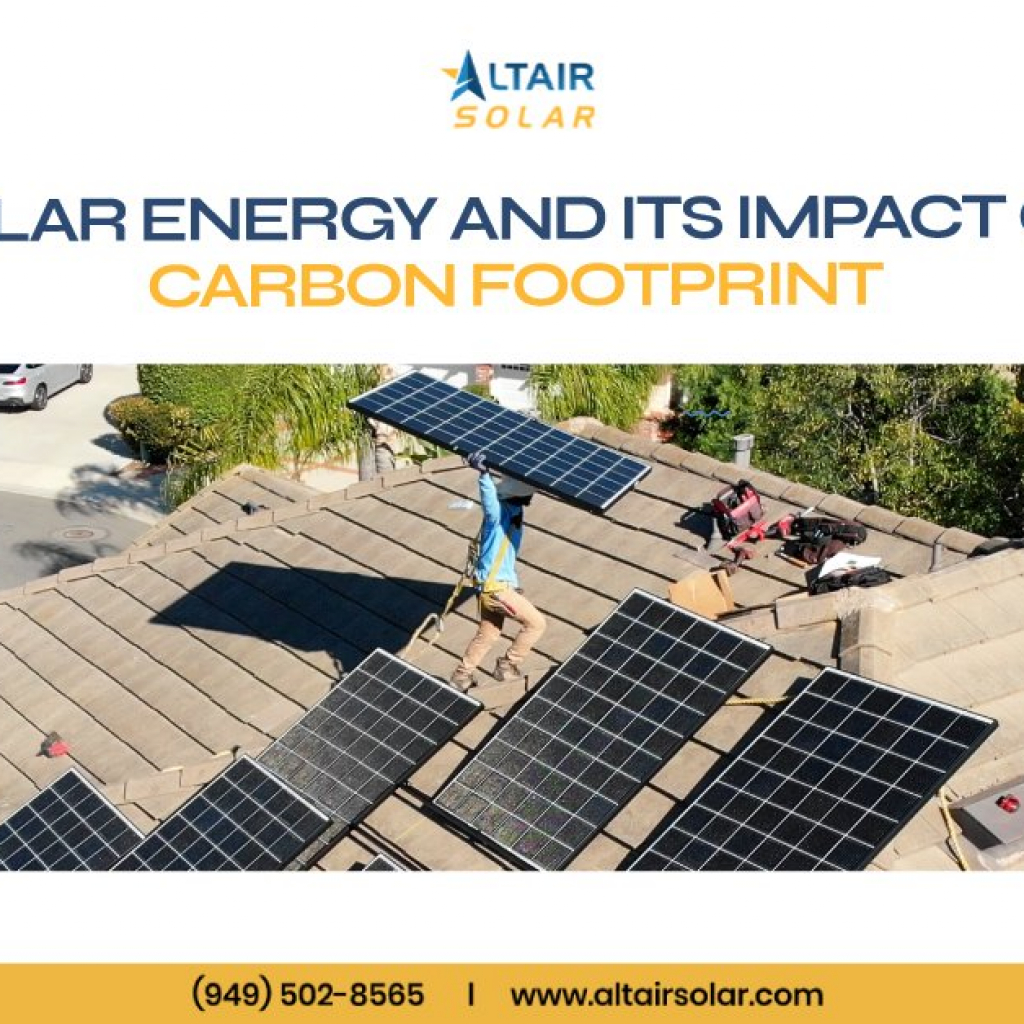 The main reason why people decide to switch to Solar Energy is because it is considered to be a clean source of energy. It is a type of renewable energy which means that it doesn’t emit the same level of greenhouse gasses or carbon and neither does it deplete which means that it is here to stay. One of the biggest concerns of 2022 is Climate change and almost every country is working hard to come up with a plan that helps them fix the environment. Pollution, Deforestation and the melting ice caps are just a very small part of climate change as energy consumption plays a major role in harming our environment.

Before we dive into calculating the carbon footprint of renewable energy, it is important to understand what carbon footprint is. It is one of the many ways to calculate the impact of human induced climate change. It is calculated after taking into account the emission of carbon dioxide and other greenhouse gasses, by an individual, in a given period of time. In short, all the carbon emitted from the energy that we use directly, be it fuel, electricity, or from indirect sources, such as the energy used in the manufacturing of the products we use, is summed up to show the carbon footprint of an individual or that of an organization.

Renewable energy is one of the cleanest sources of energy available since the dawn of mankind. It provides over 90% of the reductions needed to reverse the impact of climate change. Unlike coal and other fossil fuels that are used to generate electricity or energy of any kind, renewable energy emits no greenhouse gasses or carbon dioxide which is why they are now deemed as the best way to reduce global warming.

To use Solar energy, one needs a solar system that converts sunlight into energy by the help of solar panels. The only time carbon dioxide is emitted in the whole process of solar energy generation is during the making of a solar system. All the machinery and equipment used to make the cells that are then fitted into the panels emit CO2. From the turbines to the mirrors, transformers and generators, all have a carbon footprint of their own.

During the operating stage of the Solar Panels, little to no carbon dioxide is emitted. When the sunlight strikes the solar panel, it creates an electrical charge which is then stored in the substation and is then transmitted to the consumer. This entire process is clean and the only time a greenhouse gas is emitted is when the generator is turned on at the power plant.

Even at the removal stage of the solar system, the only carbon emitted is from the machinery that helps in the removal of panels and restoration of the land. Other than that the system itself is clean and plays a significant role in saving the environment.

The role of Solar Energy in combating Climate Change:

Since Solar Energy does not emit carbon dioxide, it is capable of combating climate change as it mitigates the following negative effects of global warming.

Earth’s atmosphere has warmed up since the 1800’s which has caused a major shift in the world’s climate. Just like our bodies, the Earth also requires an optimum temperature to function in the best way possible. Since the atmosphere has warmed up, it has caused a rise in temperatures all around the world which led to melting of glaciers, extinction of certain animals, and droughts in many parts of the world.

The global sea levels have increased by more than 10 inches since the 1800’s which has caused massive flooding and destruction on the coastline. The casualties increase every year, whereas marine life is severely impacted by it as well.

Hurricanes, storms and drought are now becoming a regular occurrence in many parts of the world. One area might be experiencing precipitation, excessive rainfall and floods, whereas the other one would be going through a drought and a dust storm. These weather events have tampered with the fertility of the land which is directly affecting the food production and crop cultivation.

Due to the rising temperatures, Earth’s surface temperature has increased which is causing all of the snow and ice to melt. With the glaciers melting, there is a significant rise in the sea levels that causes flooding. Not just that, but many animals that survived in those low temperatures have now gone extinct, which has had a significant impact on the ecosystem.

Solar Energy has many benefits out of which the two most important ones are:

Solar Energy emits little to no carbon which makes it the perfect choice for everyone who wants to lessen their carbon footprint. Rather than the combustion of carbon when using fossil fuels, solar energy harnesses the power of sunlight. This ensures that there are no pollutants going out into the atmosphere, which in turn will then help mitigate the damage done to the ozone layer.

With Solar Energy, you are energy independent. You are producing your own energy and can use it as you please. Your bills will no longer put a dent in your pocket as you will be able to utilize as much as you want while even choosing to sell the excess electricity to your nearest grid station.

The future is Solar:

Looking at the state of the world right now, it is high time that we move to Solar. With environmental concerns rising each day, it is our duty to take the first step. If you are thinking of getting a solar system installed, come to us and we will help you out. If you live in the USA, get the best Solar Systems from us. Our team will answer all your queries and will guide you in the right direction. Make the right choice today by shifting to Solar.